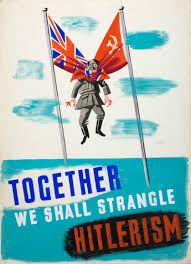 So how is it possible that Stalin was victorious during the war? Well, it all starts with leadership and trickles down from there. While it is important to make note of the Soviet’s success, it is also important to note that their victory also was because of German failures. However, this was not a quick triumph for the Soviets and the battle of Moscow demonstrated just that. Hitler believed that if he could conquer Moscow, then he would have the ability to weaken and eventually collapse the Soviet Union. This was a significance turning point during the war because of the comradery that overwhelmed the Soviet nation.

On page 385, Freeze writes, “Although the blunders of the Soviet leadership had enabled a surprise attack and a summer of catastrophic defeat, certain characteristics of the regime helped the country weather those initial shocks.” This specific passage refers to the previous defeats that the country had faced due to the upheavals and turbulence of the 1930s. Because of these defeats, however, it strengthened policies and military strategies for future battles. Freeze continues to write, “This psychic capital, combined with an immediate tightening of the monopoly on information enabled the regime to insulate the population from knowledge of the military debacle and to combat rumour and panic.” Specifically here, Stalin used the past as a learning canvas in order to increase his chance of victory in a time of war. Leadership here was key because they created an objective in order to set up future success, while trying to keep motivation and morale high.